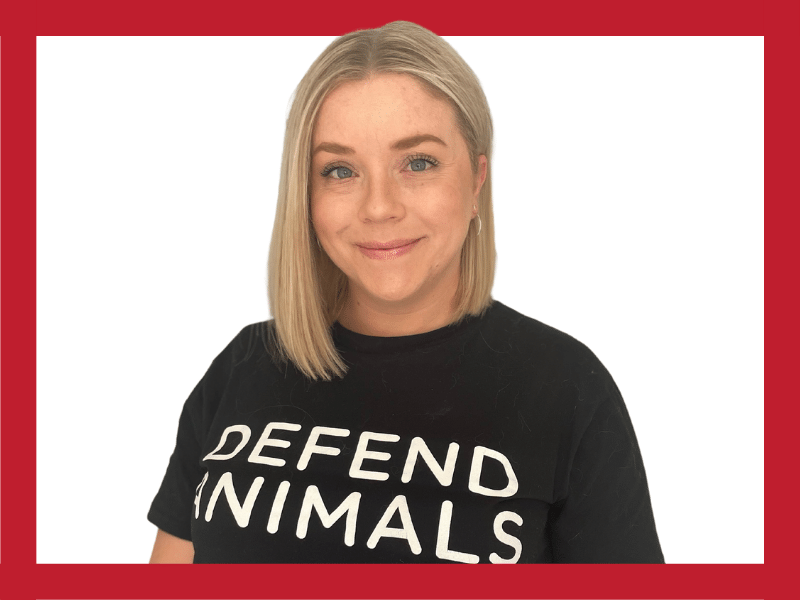 Frankie Bray is a practising solicitor, as well as a teacher and research assistant at the University of Adelaide Law School. She is a single mother to two daughters and is proud to call the western suburbs of Adelaide home.

As well as her work with the Animal Justice Party, Frankie sits on the Law Society of South Australia Animal Law Committee. She has volunteered for two local animal rescues and advocates for animal issues at every opportunity.

Frankie is passionate about the issues facing animals in this country and feels strongly that, especially in this context, knowledge is power. As a candidate, Frankie hopes to increase awareness of animal issues in the community, as the first step towards creating large and lasting change.

In particular, Frankie is looking forward to raising awareness about the failure of the current legislation to protect domestic animals in situations where there is domestic or family violence, as well as those who are mistreated or discarded and end up in pounds, or worse. This is an area where legislative reform has the potential to make real change in animal lives. Frankie also looks forward to educating the community about the effects of the agricultural industry on the climate and to help people to understand the ways in which this will affect them – and the ways in which they can help.

By raising awareness and pushing for legislative reform, Frankie believes that we can make real progress on the journey to animal liberation.

Donate to get Frankie elected!

Contesting elections is a costly exercise. We estimate it will cost us a minimum of $5k to cover candidate fees, advertising and printing for Frankie's campaign. We'd love to double or triple that to give her the best chance of being elected to represent AJP in this State Election.

Donations by individuals to registered political parties of up to $1500 p.a. may be tax-deductible. Donations to a registered political party accumulating to an amount greater than $5,576 in a reporting period must be declared to the Electoral Commission of South Australia (ECSA). Further information including donor forms can be found on the ECSA website. It is recommended that you seek independent financial advice on donations.

Credit card donations are processed securely via Stripe with full PCI standard compliance because we value your privacy and security.